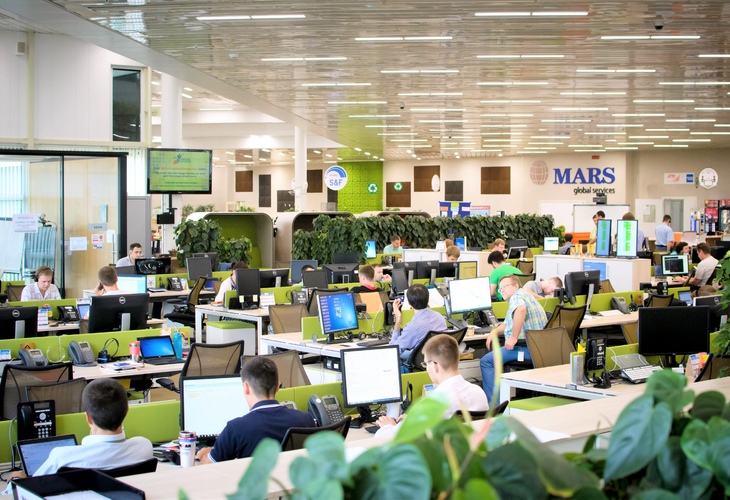 The system enables the manufacturer to analyze the availability and placement of products on store shelves and to comply with standards and terms of sales promotions. A unique feature of the technology is that it does not require the use of expensive servers, since all operations run offline on a mobile device.

Today it is a truly unique product, which is unparalleled in the world. The distinguishing feature of the software system for recognizing images from photos is that the end-to-end process is performed on a mobile device without access to the Internet. Previously, similar solutions needed to use servers with software packages installed, to which photos were sent from mobile devices and returned back.

Not only such a setup features economic and technological shortcomings, but it is also imperfect in terms of information security. By implementing the OPTIMUM SkyNet Engine Retail, Russian developers have made a real breakthrough that may offer tangible benefits to the business.

The implementation of the artificial intelligence system significantly boosts field-agents’ efficiency, increases the reliability of the key data collected at retail outlets, reduces the time spent for visiting the outlet, and enables visiting more outlets.

“The use of the OPTIMUM SkyNet Engine Retail photo recognition system developed by the Institute for the Development of the Digital Economy enabled us to obtain reliable marketing indicators from the fields, immediately on mobile devices and in offline mode, an advancement which is of significant importance for us.

This tool has a number of unquestionable advantages. For example, the time spent by agents at the outlet is reduced by 25%, and the number of visits increased.

Our company has obtained a very efficient tool for collecting key data from the market.”

Based on the results of the pilot project, a decision was made to extend commercial operations of the system to Mars divisions in Kazakhstan, Belarus, Armenia, Georgia, Azerbaijan, Moldova, Kyrgyzstan, Mongolia, Turkmenistan, Uzbekistan, and Turkey. This is another piece of evidence that OPTIMUM SkyNet Engine for Retail, a Russian software product developed at Skolkovo Technology Park, is a breakthrough world-class technology.

“Our team has been cooperating with Mars in various areas since 2002. We were always aware of Mars management’s willingness to test innovation. We released the commercial version of the OPTIMUM SkyNet Engine for Retail photo recognition system in 2019, and this project deployed in the Republic of Kazakhstan was a challenge for us.

Our software implements breakthrough ideas in using artificial intelligence technologies based on convolutional neural network algorithms. Before us, no one in the world has been able to create the entire set of libraries and other components for the full cycle of image recognition on smartphones and tablets, the computing power of which is thousands of times less than that of servers. Our architects and developers created new algorithms and designed everything they need from scratch in low-level languages.

This project exhibited high standards of current implementation of OPTIMUM SkyNet Engine for Retail, and most importantly, visible economic benefits for Mars Corporation.”